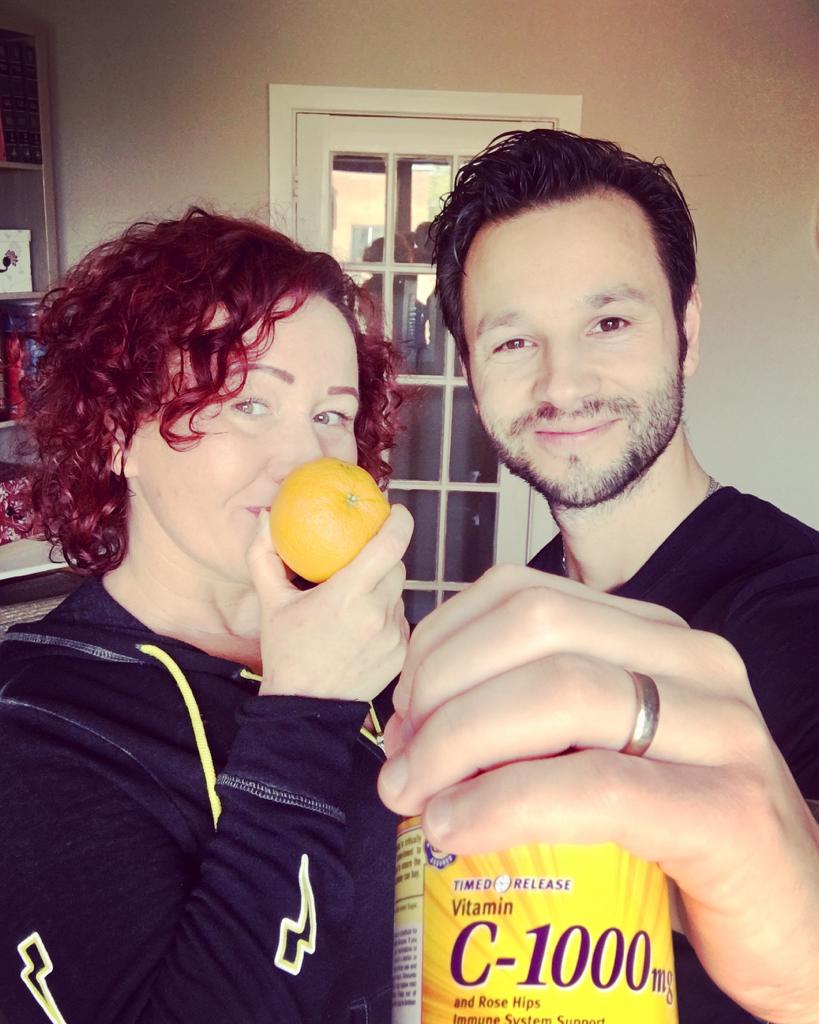 How much Vitamin-C do we really need?

The reason why most shops are out of stock now is that many people learned lately that vitamin C is indeed great for the body, it is great to support the immune system.

But how much do we actually need? First, a bit of back ground:

The history of Vitamin C

Did you know that in the middle ages, sailors actually died because of vitamin C deficiency?

They went on long journeys and had no access to fresh fruit and vegetables. It wasn’t until the 18th-century that they were testing different food, and realised when they had access to citrus fruit on their journey, they survived.

It was only in the 1930s when a Hungarian scientist, dr Albert Szentgyörgyi was able to extract Vitamin C from peppers. He later received a Nobel Prize for all his work.

How do we get Vitamin C?

Nowadays, almost nobody gets scurvy, because fresh fruit and vegetables are easily accessible.
Vitamin C can be found in: citrus fruits like orange, lemon, lime, kiwi, grapefruit, then peppers, tomato, strawberries, and believe it or not, even potatoes have vitamin C in them.

Is Getting Vitamin C from fruits and vegetables enough?

The short answer: No.
The detailed answer: It depends what your goal is. If you only want to avoid scurvy, then eating a great variety of fresh fruit and vegetables should be enough.
But there are higher levels of health than simply not getting scurvy.
When you check the RDA – Recommended Daily Allowance – they would establish an amount that’s minimum needed to avoid a serious disease – Which, in the case of vitamin C, is scurvy.
But again, are we striving for optimal health, where we feel great and full of energy all the time? Or are we okay with simply avoiding scurvy?

Do you know how much vitamin C Dr Albert Szentgyörgyi took?
He personally took 5-6000 mg every day, which he increased to 8-10000 when he felt that a cold tries to catch him.
He said that people should keep vitamin C in their household in kilogram packages, similar to table sugar and salt.

We take lots of vitamin C. It would be similar to what Dr Szentgyörgyi took.
We take 1000 mg doses in one go, and then we take a tablet every 2-3 hours or so.
We increase the frequency when we feel like something comes on.
And for the past years, we stopped being sick.

Sometimes we get a bit of a runny nose or a tiny soreness in the throat, but that’s when we increase the dose, and then we avoid getting a full-blown cold.
We can’t say vitamin C is the answer for everything, but it certainly helps to boost health.
Start with a basic multivitamin + mineral supplement, and take extra vitamin C.

Does the brand matter?

The brand – not so much. The ingredients – yes, they matter a lot.

Vitamin C is called Ascorbic Acid – so that’s what you will see as the first ingredient on the label.
And then there is a lot of other stuff, that makes the tablet or capsule. Choose a brand that has a shorter list of the added stuff.

Try to avoid supplements that are so-called ‘Timed release” vitamin C – they would contain even more of the bulky stuff, trying to make the table dissolving very slowly in your stomach – and as a result, causing stomach upset.
So the fewer filler ingredients – the better.

Vitamin C – is almost like a miracle supplement. Use it.

She has been struggling with her weight since early childhood. She was bullied as a teenager, and that’s when her long-lasting yo-yo dieting journey started.
It continued until her twenties, when she finally decided to change and stop following unhealthy weight-loss plans.

She’s passionate about nutrition and educating others about the simplicity of health and well-being.
She firmly believes that physical and mental health is the cornerstone of succeeding in any area, and she loves helping people achieve a more joyful and healthier life.

This website uses cookies to improve your experience while you navigate through the website. Out of these, the cookies that are categorized as necessary are stored on your browser as they are essential for the working of basic functionalities of the website. We also use third-party cookies that help us analyze and understand how you use this website. These cookies will be stored in your browser only with your consent. You also have the option to opt-out of these cookies. But opting out of some of these cookies may affect your browsing experience.
Necessary Always Enabled
Necessary cookies are absolutely essential for the website to function properly. These cookies ensure basic functionalities and security features of the website, anonymously.
Functional
Functional cookies help to perform certain functionalities like sharing the content of the website on social media platforms, collect feedbacks, and other third-party features.
Performance
Performance cookies are used to understand and analyze the key performance indexes of the website which helps in delivering a better user experience for the visitors.
Analytics
Analytical cookies are used to understand how visitors interact with the website. These cookies help provide information on metrics the number of visitors, bounce rate, traffic source, etc.
Advertisement
Advertisement cookies are used to provide visitors with relevant ads and marketing campaigns. These cookies track visitors across websites and collect information to provide customized ads.
Others
Other uncategorized cookies are those that are being analyzed and have not been classified into a category as yet.
SAVE & ACCEPT